Christine Johnson-Williams recently sent me several electronic mail messages, which included images of wills related to her ancestors. Christine doesn't blog but wanted to contribute to the Slave Name Roll project. She very graciously included a transcription of the images, which helped tremendously. This is just one way people may contribute. Thank you, Christine!

On 10 April 1834 Lawrence Bankston of Wilkes County, Georgia, made his mark on his last will and testament which was witnessed by three men. In his will he disposed of his property, land and slaves. After testimony in court by one of the witnesses, Mr. Bankston's will was recorded on 31 January 1845.

2nd item. I will to my beloved wife Nancy Bankston...and also three Negroes, JORDAN, a man HANNAH, a woman, and AGGY, a girl... 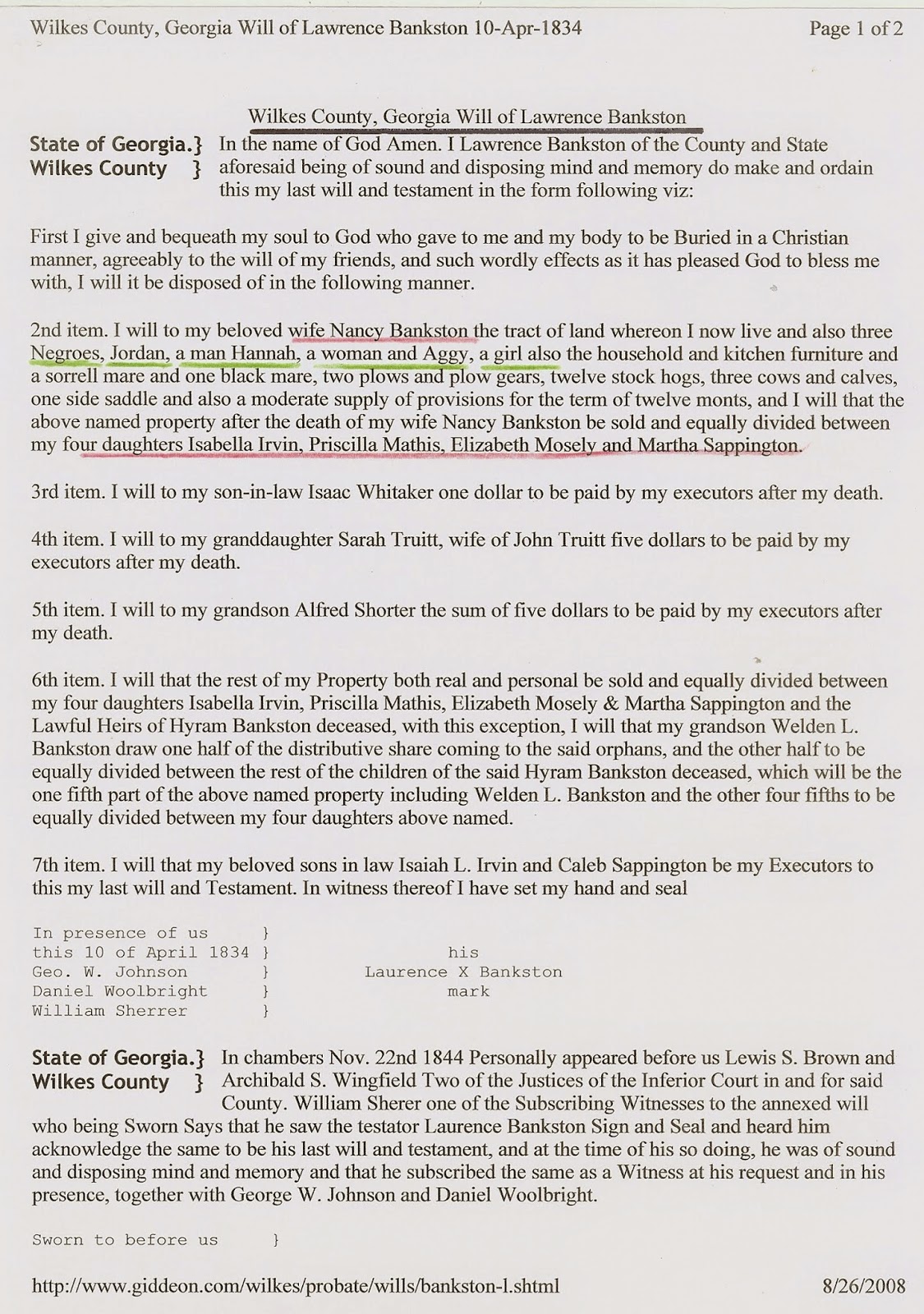 Email ThisBlogThis!Share to TwitterShare to FacebookShare to Pinterest
Labels: Georgia

The administrators of the Slave Name Roll Project are updating the project after an out-of-state move. The processing of contributions will take several days. Please keep the contributions coming.